WE APOLOGIZE FOR ANY INCONVENIENCE. THANK YOU FOR YOUR UNDERSTANDING.

The Lewes Life-Saving Station located on Delaware Bay was classified as a New Jersey design of 1882. No buildings remain in situ from the Lewes USLSS facilities although the Lewes Coast Guard Station is now being used as the headquarters for the Pilots Association for the Bay & River Delaware. There is some debate as to which district the Lewes Station belonged. Some sources point to the Fifth District that spanned from Cape Henlopen to Cape Charles. Through communication with the Historian of the United States Coast Guard, however, it appears that the Lewes Station was under the control of the Fourth District that included the entire coast of New Jersey. Finally, information from the National Archives places the Lewes Station as far south as the Sixth District, which began at Cape Henry, Virginia and terminated at Cape Hatteras, North Carolina. By most accounts, including official USLSS maps dated 1889, the Lewes Station is counted under the Fifth District.

The Lewes Station was the fourth station to be established (in 1884) on the Delaware coast. It proved its usefulness almost immediately when the brave surfman responded to one of the most ferocious storms of the 19th century - the Great Blizzard of 1888. A quiet March after quickly turned deadly as gale force winds, freezing seas and blinding snow descended upont the area. Ships that had sought refuge behind the Delaware Breakwater were wrecked on the wall and hundreds of sailors clinged to frozen lines and icy masts throughout the night waiting assistance from the men of the Lewes Station. The next morning, the men of the Lewes station were joined by the crews of Cape Henlopen and Indian River and began the life-threatening job of saving as many as they could. Beginning with the wreck of Allie H. Belden, the men saved scores of sailors and brought them to rest at the Marine Hospital at Cape Henlopen under the care of Dr. David Hall. Easily the most well-known rescue of the Lewes Station, the Lewes crew also served admirably during the gales of April and September 1889. As sail gave way to steam, however, fewer and fewer wrecks occured along Delaware's shore. In 1915, the USLSS was merged with the Revenue Cutter Service and the modern Coast Guard was formed. The station was relocated to Cape Henlopen where it served as a men's club and later as the Fort Miles Surf Club - an officers club - before being moved to Rehoboth Beach where it still stands today as the Rehoboth Beach VFW. The boathouse was donated to the Society in 1979 when the Pilots' Association for the Bay & River Delaware took over the Coast Guard building of 1938 from the University of Delaware. The boathouse stands on the banks of the Lewes & Rehoboth Canal at the foot of Shipcarpenter Street.

The Lewes Life-Saving Station Boathouse, 1884, contains two Monomoy surfboats, a life-car, beach cart and a Lyle Gun. There are also two displays, the first explaining some of the history of the USLSS and the use of the Lyle Gun and the breeches buoy - two implements of the Serivce used to rescue wreck survivors. The second is a photographic exhibit of the Lewes, Cape Henlopen and Rehoboth Beach stations during drills in the Atlantic surf and along our beaches. The Society also holds numerous other photographs not on display in our Archives as well as other USLSS ephemera on display in the Cannonball House Marine Museum. 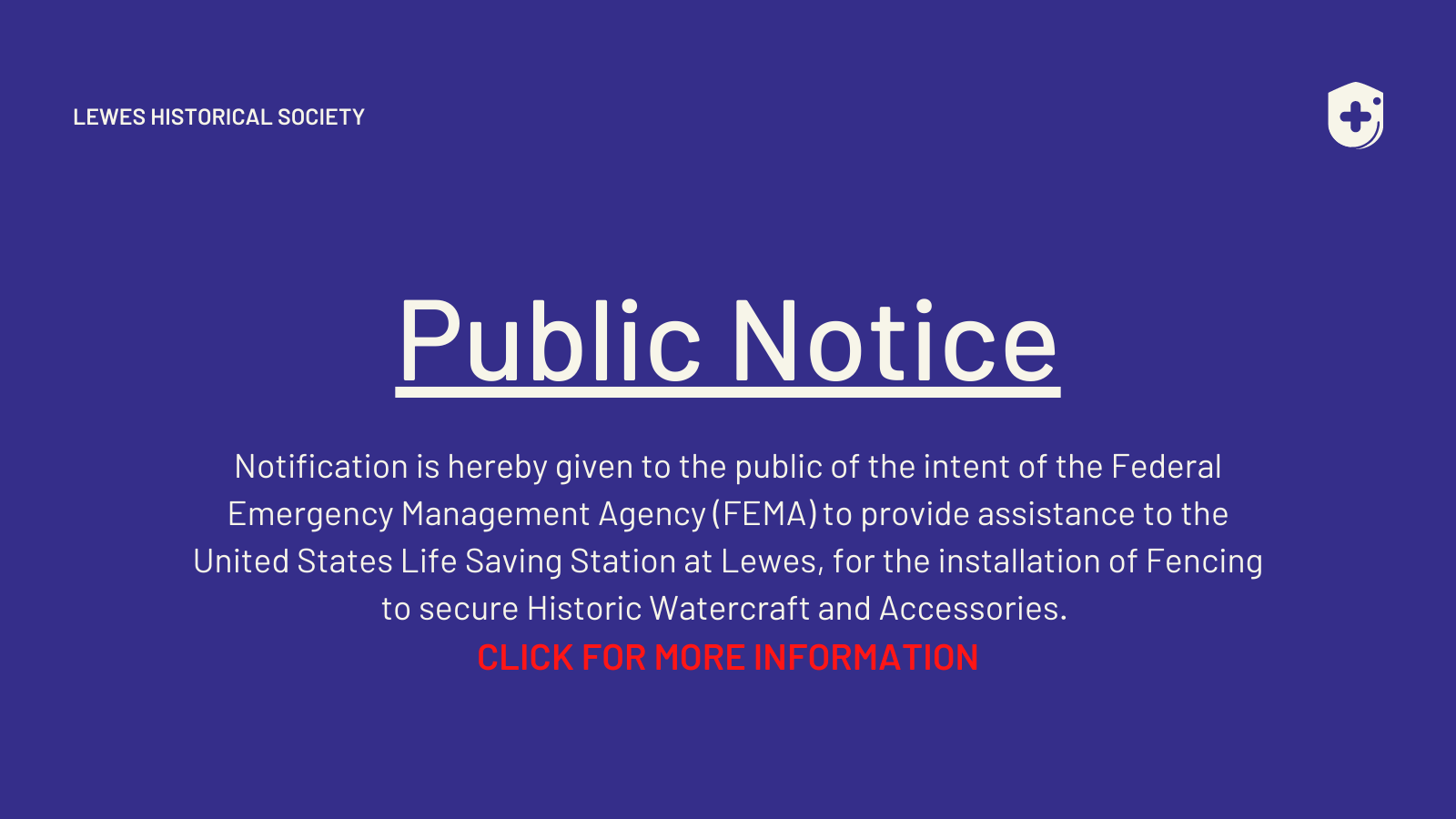