Catalog No
1970.1
Credit
Gift of Rodney Layton
Artifact Type
Objects
PastPerfect Category Type
History
Lewes Schoolmaster's Desk over which the following Governors of the Delaware State were taught: Daniel Rodney, Caleb Rodney, and Joseph Maull. Donated by Rodney Layton in 1970. Schoolmaster s Desk c. 1780-1790 Cherry There must have been something quite special about this particular school master s desk because, according to local tradition, the school master who served over this desk produced three of Delaware s Governors, David hall, Samuel Paynter, and Daniel Rodney. David Hall born in Lewes in 1752, studied law and developed a distinguished military career. He served as a Captin in the Continental Army during the American Revolutionary War. Between 1802 & 1805 Hall served as Governor of Delaware under the Democratic-Republican Party. Samuel Paynter born at Drawbridge on the Broadkill River, what is now Milton, Samuel Paynter was an active member of the community. He prospered as a merchant, farmer, and mill owner. In 1823 he was elected Governor of Delaware as a Federalist Party member, and served until 1827. Daniel Rodney born in Lewes, in 1764, began his career as a merchant but became a life long politician, serving as a Governor and a Senator for Delaware. All three gentlemen were layed to rest at St. Peter s.1 1 State of Delaware: The Official Website for the First State http://www.state.de.us/research/Tour/information/Governors/govs-06.shtml Accessed 8/22/2007 The Political Graveyard Index to Politicians http://politicalgraveyard.com/bio/hall2.html Accessed 8/22/2007 Biographical Dictionary of the United States Congress, Rodney, Daniel, (1764-1846) http://bioguide.congress.gov/scripts/biodisplay.pl?index=R000378 Accessed 8/22/2007 State of Delaware: The Official Website for the First State http://archives.delaware.gov/markers/sc/GOVERNOR%20SAMUEL%20PAYNTER-SC1… Accessed 8/22/2007 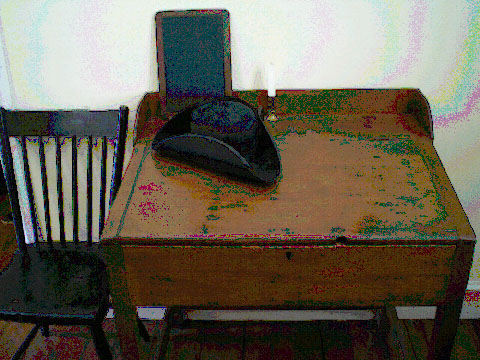